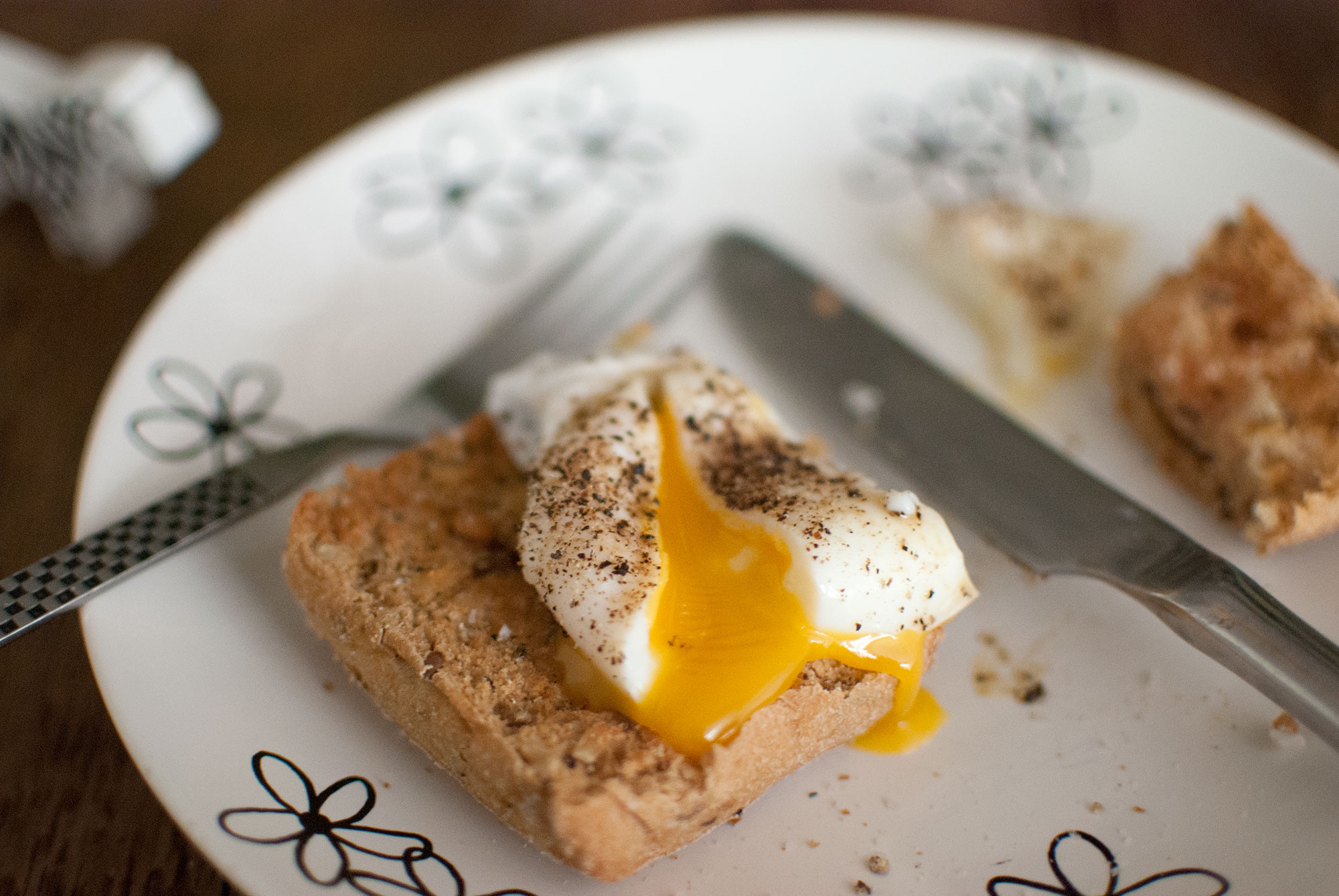 An image of a poached egg on gluten free toast with lots of freshly cracked black pepper, sea salt and coconut oil in place of butter. I’ve used this image as it represents the various changes I’ve made to my diet over the years but perhaps even more since investing in a medical procedure in 2012?

I’m not healed… yet but I firmly believe a positive, open mind that attempts to stay aware of what’s going on around it is going to form the cornerstone of any recovery (no matter how large or small).

These four approaches represented by the poached egg are me trying not to rock the boat. I want stuff that’s in my gut to stay there til I’ve absorbed everything from it and it’s good and ready to leave! Obviously this isn’t the main part of my diet, that’s non nightshade veg but I find the protein sets me up for the day (with some sprouted seeds in the egg sandwich) future post on sprouts to follow but before that, a post will soon follow on the results of that medical procedure that I think I’ve noticed.

as ever, I’m not a doctor and the food choices I’ve made have made sense for me – that’s not to say they’ll make sense for you but it’s still worth paying attention to how our bodies react to the stuff we put in it.