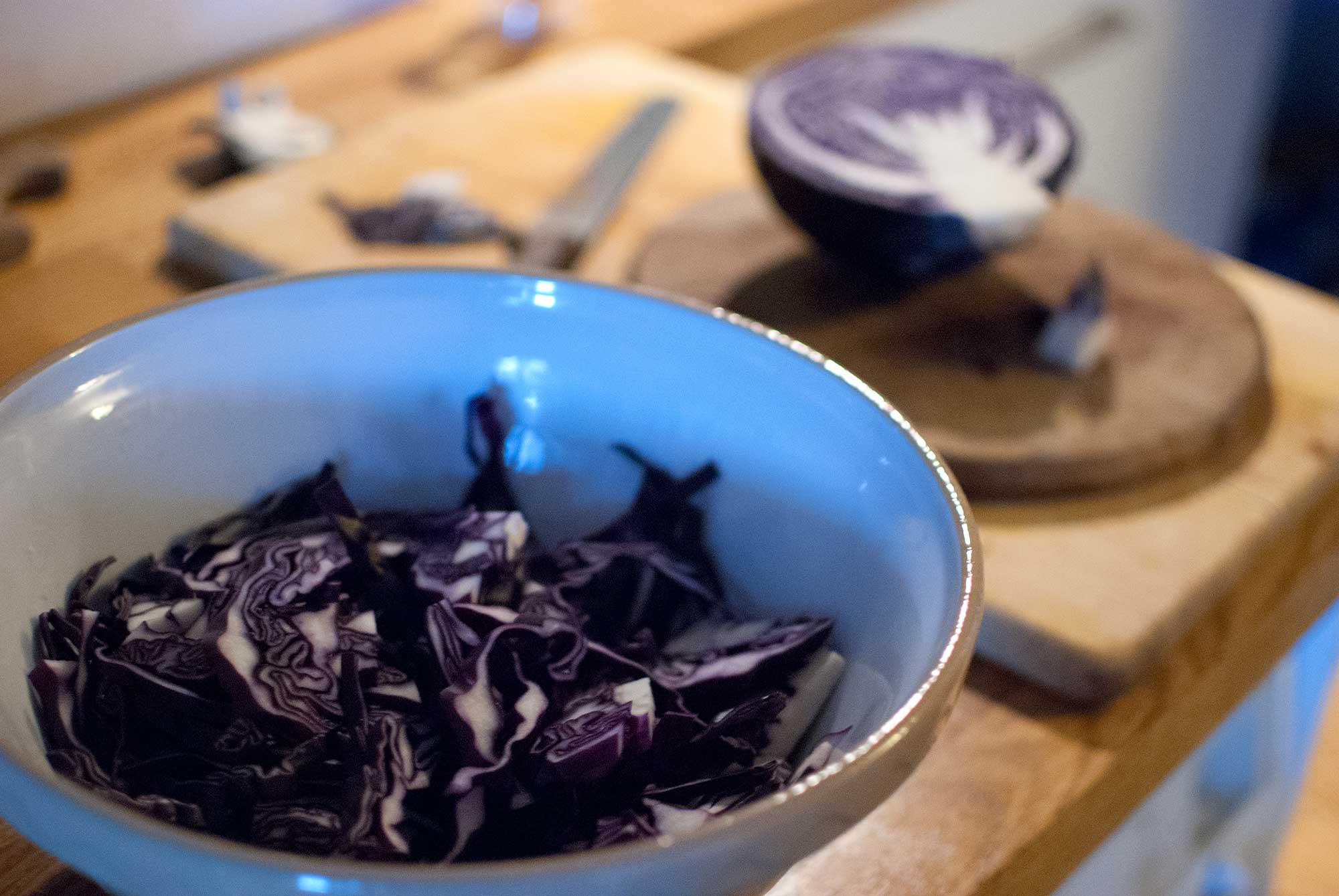 Does having Ukrainian great grandparents mean I have homemade fermented veg in my blood?

I don’t know but it is a really easy process, becoming a little bit organised has been one of its happy side effects.

A search on homemade fermented vegetables will deliver many youtube clips on how to make sauerkraut, kimchi or get pickling to your heart’s content. They can show you better than I can describe the process of making our own, cheap alternative to probiotics. A lot of them show making industrial quantities but have a go yourself with smaller amounts first to see if it’s a habit that you want to get into.

The reason I started making my own sauerkraut apart from reading about its benefits online was it keeps you regular (this doesn’t present a problem for people who have delightful insides you could set your clock by but, if you haven’t got regularity you’ll know how miserable it can be and you’ll have a go at anything that might help!) and it looked a lot cheaper than regular probiotic supplementation.

I use the biggest, widest necked glass jars i can get (big jars of black olives from the supermarket have a good shape)

Any veg that’s quite firm and holds a lot of water (but not potatoes) I’ve tried mushrooms and lettuce and courgette but they were too soft/water filled, I think and went to mush quickly

I find white cabbage a bit too sulphurous,

Leek gives a really zingy taste but after a week or two squashed in a jar outside the fridge its sulphurous smell is not for the fainthearted!

Once the veg is chopped I use a big, ceramic cake mixing bowl and scatter over a good teaspoon of seasalt or Himalayan rock salt  (both hold more trace minerals which is a good thing apparently and are much better than table salt I’m told. The salt will stop nasties proliferating and draw water out of the veg. Perhaps also a teaspoon of caraway seeds (if you like that sort of thing)

After 24 hours of the veg sitting weighted down (I’ve inherited a big pestle and mortar but before that I was using bags of water which are quite heavy) it’s time to pack the jars up to an inch below the top.

Various places online suggest treating the jars as you would if you were making jam  ie putting the empty jars in boiling water or in a hot oven to kill off germs I did this once but, being one for the easier life I figured we’re after bacteria why does it matter if these jars are super, squeaky clean?

It is worth giving the jars a good wash tho!

Remember the outer cabbage leaves you put to one side?

Tear the leaves up to fit comfortably over the top of the veg and tuck the sides down the insides of the jar. You want to try and keep everything below the eventual waterline (mould can’t grow underwater). I’ve had a couple of furry tops of jars now and then and that’s when stuff has risen during fermentation and stuck out above the water. I’ve gotten rid of the first couple of inches of contents and the bottom half of the jar has been fine. You can gauge the consistency of the veg for yourself and decide when it looks like you might want to try eating it… or throwing it out!

It should taste sour (the bacteria already present on the veg make acetic acid) but the veg should still keep a crunch and should not go slimy.

My partner is far less gung ho than me when it comes to eating ‘off’ food so I appreciate this might not be everyone’s cup of tea but the only thing you can lose is a bit of time* so, why not give it a try?

Most of take advantage of the fermentation process when we eat, cheese, salami or yoghurt and drink wine or beer

In cooler weather (not necessary in the warmth of summer) you can try splitting up a probiotic capsule and mix it with water. I’ve used a kefir starter which has bacteria in as does VSL#3 the NHS approved probiotic (well, my mum got a prescription for it a while back). You’re going to top up to half an inch below the top of the tightly packed, veg filled jar (between half and one pint of water as a rough guide). I use filter water and the liquid from the last jar (this liquor also makes interesting vinegar for salad dressing). I imagine tap’d be fine too.

I get two jars at a time or thereabouts from a head of cabbage and assorted extra veg.

The addition of friendly bacteria from a capsule gets the fermentation process underway and the jars could be ready to eat in less than a month. Don’t forget to hold them in something that will catch any drips. We’ve created a living thing so the jars will breathe and ooze for want of a better word!

The benefits of cruciferous veg coupled with fermented food and the smug feeling we get for homemaking a ‘thing’ makes this activity worthwhile, for me. I’ve seen suggestions out there to not eat this straight from the jar as we harbour lots of pathogenic bacteria in our mouths that we probably don’t want to multiply. Keep the jar in the fridge once opened (it will still ferment but at a much slower rate).

I try to have at least a couple ‘brewing’ in the cupboard under the stairs at  at any one time.

*Go gently at this new way of eating veg, it’s undoubtedly good for us (please see my candida posts to rule out if you are one of the people that should avoid too much fermented food until you’ve rebalanced your gut bacteria). The microbes in our tums may need a little time to get used to all their new friends.

One thought on “Homemade Fermented Veg”